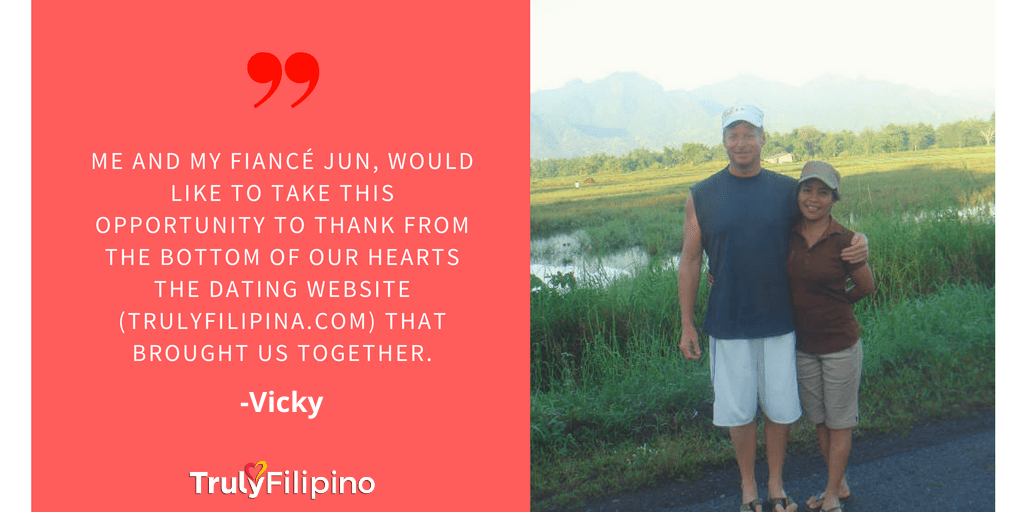 This is based on Vicky’s message to TrulyFilipino about the time when she and her boyfriend John got engaged.

Their story started when both of them found each other on TrulyFilipino in January of 2013. Both kept constant communication despite living in countries with different time zones. Vicky shared that it was really hard for them at first, but when they became used to it, it was not a problem for them anymore.

Eventually, things got serious between the two so they made the relationship official in September 2013. It took nineteen months and a lot of patience and understanding to just be together since Vicky was still working on her immigration papers to be with John.

Vicky shared that anytime soon wedding bells will be heard, but for now they’re just enjoying each other’s love and time together.

“By God's grace and mercy, we could not believe up to now that we have found our true love for each other. We can definitely say that this is a wonderful gift from above.”
-Vicky

Though it’s true that it’s hard to maintain a long distance relationship, but with enough patience, compromise and of course communication from both people it will all be worthwhile once you’re together.

Another love story has been made thanks to TrulyFilipino. We’re here to help connect single Filipinos to other people around the globe. Sign up now and meet your Filipino match today!

Note: Original content was slightly changed for length and clarity.