Don’t want to talk about money in a new relationship? That’s perfectly understandable. Frankly, money matters aren’t romantic or sexy at all. Who wants to talk about credit scores and savings while you’re still catching feelings from your first date, right?

Many of us view money as a taboo topic, even until now. Some of us were raised to think so. Others are just simply uncomfortable about this somber subject. Despite the internet age being open to most things, we still can’t help but feel a little queasy whenever someone brings it up. It’s that bad.

The thing is, you two are going to have to talk about it sooner rather than later. If you two come from different financial backgrounds, this becomes even more necessary. Keeping quiet about money can have long-term consequences—especially when bills start to show up.

Financial planner and Principal Financial Group assistant director believes in the importance of financial honesty. “When your relationship is getting more serious, it’s time to have a more frank talk about money. It won’t always be easy, but addressing the difficult conversation will be critical to establishing a strong foundation for your future together,” she says.

With that said, how can we start that conversation? How soon is too soon, anyway?

Start the money discourse through these ways.

1. Get the ball rolling early

By early, we don’t mean talking about it after the second or third date, of course. Imagine how awkward it would be if one of you suddenly pop in with the money questions. Cue the cringe.

As stressful as this sounds, you may want to get money discussions in as early as your first few months together. Take advantage of the honeymoon stage’s euphoria and start from there. You’ll be surprised at your discoveries if you do this.

Talking about a serious matter (in this case, money) while you’re still on a blissful high allows the two of you to be honest about your thoughts and feelings without the nastiness. It helps you avoid massive curveballs too. Let’s say you’ve opened up about that student debt you’re still paying off. Since you’ve been honest about your money from the jump, you’ll know what to expect from your partner.

The conversations don’t have to be deep. After all, the two of you are still starting out and can’t even buy a couch together yet. You can always start with simple things, like date night budgets and future travel destinations you’re saving up for. Not only do you gain some insight into your partner’s finances, but you’ll also get to know them as a person as well.

Don’t shoehorn money into every conversation. You may have gotten past the initial hump, but the discomfort’s still there. Maybe your partner’s still trying to get over the awkwardness. Try to ease things by fine-tuning your timing.

If you want to get started on the money talks, don’t do it out of the blue. If he or she is stressed, for example, it would be best not to disturb and trigger him or her just to get a reaction or an answer. Wait until the atmosphere calms down and relaxes to get answers. You don’t want to start a fight (or worse, break up).

Want more casual approaches? Here’s one: try weaving money into the conversation when you’re talking about personal life goals. Things like career changes and relocations require money, so it’s only natural to bring it up.

Approach #2: go down the pop culture route. Let’s say you’ve seen an award-winning flick revolving around money. Bring that up and work from there. You’ll be pleasantly surprised at just how natural your conversation is when you start from an interesting jumping point.

Regardless of your approach, please remember that timing is indeed everything. Financial health takes time, so you two shouldn’t rush into things by talking money right away.

Men and women aren’t always on the same page when it comes to a ton of things. Money is no exception. However, finding common ground on money matters isn’t impossible.

If you two have different shopping habits, it’s not the end of the world. Avoid future disasters by talking about them. Get to know each other’s financial practices and see if the two can coexist. If it does, that’s great! But if it doesn’t, you two should meet halfway and look for compromises. Honesty is the best policy here, so the two of you shouldn’t weasel yourselves out of this conversation.

Empyrion Wealth and Management president and founder Kimberly Foss encourages transparency between couples. “Some people are spenders, and some are savers. This might seem harmless with small-scale purchases, but it will be a hurdle to overcome when financial obligations and necessities come into play]. Similar to discussions about disclosing debt, honest communication about your attitude toward money can bring understanding and harmony to financial decisions,” she says.

You don’t want money to be the thing that tears you two apart. Spare your relationship from the financial (and emotional) heartbreak by meeting in the middle. Ask yourselves the hard and honest questions to establish security.

4. Paint a picture of your financial future

Now that you two are open about talking money, you can now get to the specifics. You can bring up subjects like debts, financial perspectives, and budgeting tactics. As you get more comfortable, you’ll find yourselves naturally revealing financial information you usually wouldn’t share.

Remember the adage of being safe as opposed to being sorry? In these uncertain times, you can never be too careful—especially when it comes to money. The Private Client Reserve’s Liz Deziel recommends couples talk about these matters in their financial conversations:

Managing all these is one thing. But talking about them is another story completely. It’s only natural to feel uneasy when bringing them up, so don’t get too stressed. Be 100% honest with your partner when mentioning the above topics, and don’t get defensive. When either of you has questions, raise them respectfully. Pointing fingers usually don’t end well.

If you’ve read and heard enough new relationship tips both on and offline, you know better than to lie about things like these. Establishing transparency this early on will make things a lot less stressful for the both of you. Trust us. Honesty is integral when you talk about money in a new relationship.

5. Tick a few boxes before moving in together

Moving in together is a game-changer. It’s like taking the tape and bubble wrap out of a package: something is bound to break if you aren’t careful with it. In this case, your relationship may suffer if you don’t think this move through.

Brace yourself for whatever you’ll have to witness. You’ll get to see the good, the bad, and the ugly of your relationship when you talk about money in a new relationship. And because it’s a big deal, this decision shouldn’t be decided on a whim. You can’t dance around the fact that money will be involved here.

Living under one roof means you’ll have to share expenses. You two will find yourselves asking these questions (and a few others):

Money arrangements are part of the moving-in-together deal. You two should figure out who’ll handle what to avoid future troubles in paradise. You can make a “yours, mine, and ours” list to keep tabs on your money. Since you don’t have the same legal protections as married couples have, keeping track of your finances is necessary—especially in case of breakups.

6. Add earning into the mix

When we talk about money in a new relationship, many of us focus on penny-pinching tips. We’re not saying it’s a bad thing—the advantages of saving money outweigh its cons. However, we tend to leave out discussions on how to earn it.

Let’s say you two are in different situations, career-wise. You’re working a decent-paying job that’s enough to pay the bills while your partner is raking in on the cash through his high-paying gig. You two can share about how you earn your money so that you’ll understand each other’s relationship with finances. Having this talk in your relationship’s early stages prepares you for unpredictable scenarios, such as:

There’s no telling what tomorrow holds for both your relationship and finances. Knowing your partner’s practices, thoughts, and feelings about each other’s earnings can help you both in planning for your future together.

If you’ve got your money matters figured out, that’s great! However, it doesn’t mean that your partner has to follow your tactics to the tee. What if he or she isn’t into cryptocurrency and credit cards?

Financial space exists in relationships, even if you two have joint accounts. Having financial freedom can help you two ugly fights and resentments. Besides, who wants their partners to breathe down on their necks when it comes to personal savings?

Don’t convince them to do something they’re not comfortable with. Yes, you want what’s best for your partner’s financial health. But, some ideas can be extreme for them. If you two understand what works for each other, you’ll be fine.

Talking about money is never easy in relationships—especially if you two are still starting out. Tread carefully with trust and transparency if you choose to talk about money in a new relationship. Good luck! 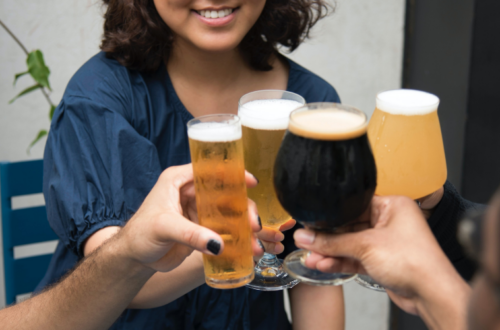 How to Impress Filipino Parents As A Foreigner 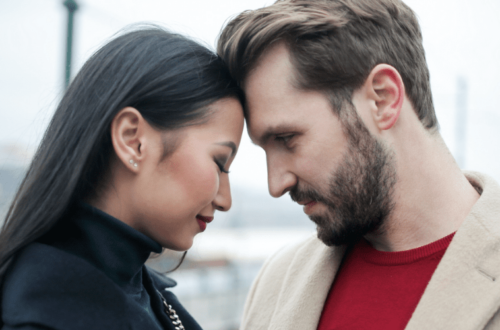 Dating In the Workplace: Is It Ever A Good Idea?