In today’s world, you can find your prince charming just about everywhere! Love is no longer limited to the typical girl-meets-boy scenario, as digital dating websites have made love simply a click away with a foreign guy out there for every single woman.

Let’s admit it, everybody wants to find love at some time in their lives, and even more significantly, they want somebody to love them. That’s not always as simple as it appears, but there are steps you can take to help. You’ll be surprised how simple it is to get a foreign guy to like you after you understand a few simple strategies, and the good thing is that these are qualities that most Filipino women are naturally good at! Cleverness doesn’t always work when getting foreign guys to notice you and care about you, but you also don’t have to go way over the top.

If you’ve ever wondered how to get a foreign guy to like you, know that it’s a lot easier than you might think. These pointers don’t require you to spend a lot of time with the individual or even get to know him very well. Don’t get disheartened if you’re getting feelings for someone, and he doesn’t seem to feel the same way about you. Simply familiarize yourself with some of the following pointers and give it your all. You’ll be surprised by the results!

12 Tips That Will Help You Win His Affections

1. Be really nice to him

When guys are in a relationship, one of the most frequent complaints they have is that their partner has a terrible attitude or doesn’t smile very often.

Men, like women, want to be in a relationship with someone who smiles, has a positive attitude, is self-assured, and is enjoyable to be around. So, if you want a foreign man to like you, start by smiling and maintaining a positive attitude whenever you’re around him.

Is it necessary to drop 20 pounds and dye your hair to appeal to a foreign man? Of course not, but you should consistently present yourself in the best possible light. Every time you go out to see him, make sure your clothes and hair are neat, and that you’re dressed nicely.

Even if they’ve been together for a long time, both men and women think their significant other’s physical appearance is significant. When you’re with that special man, remember always to look your best.

Communication is crucial in any relationship. In an interracial relationship, though, it becomes immensely more vital.

If your love interest’s first language isn’t English, you’ll have to deal with the language barrier to some extent. Keep an eye out for potential misunderstandings, especially as the conversation progresses. It’s one thing to talk about your hobbies, but it’s quite another to describe your feelings.

It’s not only a dearth of vocabulary that can cause problems; occasionally, a word or phrase is misunderstood. So express yourself properly and listen for confirmation that the other person understands you.

4. Always pay attention to him

Let’s face it, people enjoy talking about themselves, and if you want a foreign man to adore you, you must listen to him. It not only demonstrates your real interest in him but also allows you to gain a deeper understanding of his wants and needs. The more you learn about him, the easier it will be to develop new ways to pique his interest in you, and the first step is to pay attention.

If you want to date a foreign man, you must be open to diverse ways of doing almost everything. Do you enjoy blatant flirting? They might assume you’re overpowering them. Do you prefer gentle rebuke? They may express themselves directly. Do you believe it’s polite to interrogate someone about their personal life? Your intrusiveness might annoy them. Are you expecting sugar in your dessert? They may believe that your cheese platter entrée is served too soon.

Be willing to let go of preconceptions and be adaptable. While some of the discrepancies will be humorous, others will irritate you much. When such disagreements happen, keep in mind to communicate clearly.

Everyone wants a companion with a good sense of humor, so let him see yours whenever you’re with him. Everyone enjoys being around people who make them laugh, but this is extremely important when you want somebody to fall in love with you. You should not only laugh a lot yourself, but you should also say and do things that will make him laugh. Laughter is an excellent technique to attract someone’s attention.

7. Distinguish yourself from other women

Don’t let a foreign guy assume you’re just a “typical” Filipina girl who just cares about makeup and shoes because we all have preconceptions about the other sex. Prove to him that you have your thoughts and a diverse range of interests.

Of course, don’t be phony, but think about the one quality that sets you apart from other Filipinas and use it anytime you’re with him. For instance, if you’re dating British men, you can show him that you’re a big fan of the English Premier League. Not many Filipinas know much about football, so this would certainly set you apart from the others. And note that British men are big football fans as well!

Everyone is good at something, so let him know what it’s about if you have a specific interest or area of expertise. If you’re a fantastic cook, bring him over for supper and demonstrate your skills.

8. Show him that you’re trustworthy

If you want to have a meaningful connection when dating a foreign guy, you must be honest about your feelings.

He needs to know that he can rely on you and that you’re genuine. Another reason why it’s crucial to avoid being a complete fraud is because of this.

An American man must perceive you as trustworthy and honest to be attracted to you. If you want a foreign man to fall in love with you, you must be completely honest with him from the beginning of your relationship.

9. Shower him with compliments

It’s no secret that guys appreciate compliments, and if you shower him with them, he’ll respond positively. This is especially true if you commend him on something he excels in, such as fixing a broken appliance or replacing the oil in his car. Tell him how much you admire his abilities and compliment him as often as you can.

This is especially true when dating Australian men. Australians are known to be very humble and down to earth, so if you give him a compliment about something, it would mean so much to him.

Foreign men love beautiful Filipina women, but they also want someone who can show that they care about various topics.

To show your knowledge, strike up conversations with him on a variety of issues. No one is solely preoccupied with their physical appearance; everyone has character. Demonstrate to your prospective partner that you can hold an intelligent discussion with him at any time.

11. Pick up on small gestures

Put a nice letter beside his breakfast or on his work desk with a post-it note. There are a variety of ways to let your foreign man know you’re thinking about him, and none of them will be in vain.

It may take some time to get a foreign man to like you. After all, even in the best-case scenario, it won’t happen overnight. It could take months or even years, but the important thing is not to lose patience – and if you do, don’t tell him. It will almost certainly happen if you’re consistent and patient.

Also, keep in mind to never try to change him. If there’s one thing men despise, it’s when women demand that they change who they are. Don’t shun the foreign man you are interested in because he likes to spend $1,000 on video games. Let it be because this is something he cares greatly about. If it drives you insane, he probably isn’t the one for you in the first place. Learn to be patient with him, and everything will fall in the right place!

Ready to make him fall in love?

The same elements that work in any relationship, such as friendships, work in persuading a foreign guy to fall in love with you. Some of these attributes are self-assurance, genuineness, sincerity, a sense of humor, and expressing your distinctiveness to him.

Certainly, it’s not going to happen overnight, but if you understand what to do and stick to it, it will ultimately happen. Just keep these pointers in mind while you work to improve your relationship. 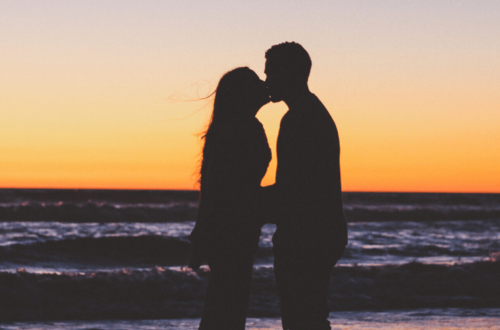 Best Places To Date in the Philippines 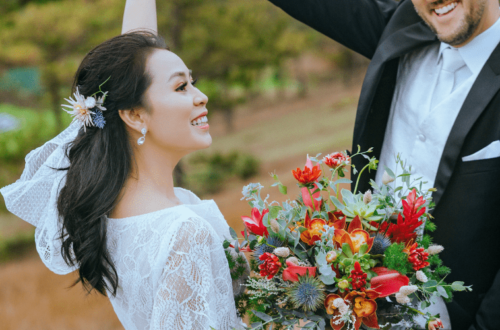 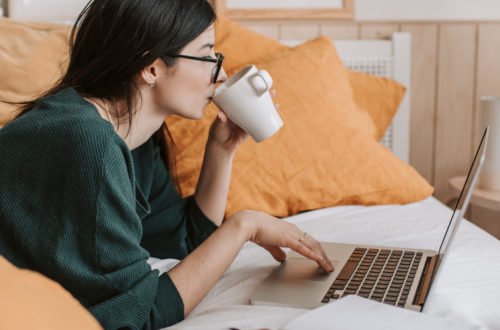