If you’re reading this article, that means you’re interested in knowing what qualities make Filipino women fall head over heels in love with a man.

What makes you want to make them fall for you so badly?

Well, they’re beautiful, smart and family oriented women which basically makes them the ideal partner for any man who are looking for serious and long-lasting relationships.

Either online or offline, thousands of Filipino women are looking for their own Prince Charming. Are you curious on how to make a Filipino fall in love with you? Or you’re probably curious what Filipino women like as a life partner? Continue reading and find out!

Be respectful and considerate towards her

There’s nothing more discouraging for a Filipino woman or any woman around the world than a man who is disrespectful to her. Respect works in both ways. If you respect her, she’ll show the same courtesy to you.

A good and healthy relationship consists of two people who respect each other’s beliefs, culture and attitude. It’s simply one of the most important things that keep the relationship going.

When both of you are conversing, make sure to listen to her opinions and don’t make comments that would belittle her. It’s only normal that sometimes you won’t share the same insights, but it’s important to establish an equal respect to what they believe in even though it goes against yours.

Related Article: Top 10 Things to Expect When Dating a Filipino

Respectful to others (especially to her family)

A respectful and humble partner is always preferable to anyone of any social status, especially Filipino women towards the qualities they’re looking for in a man.

Filipinos have several ways to how they show respect to others, especially to their elders. First is their way of saying the “po” and “opo”. By saying either of these two in your sentences shows your respect to them through the way you speak.

“Opo” could be used to a Yes answered question and “Po” is something that can be casually inserted in a sentence like “Kamusta po kayo?” which means “How are you?”

Another way of showing respect to elders in the Filipino culture is by doing the Mano.

It’s a manner of taking the elder’s hand and bowing so your forehead touches the back of their hand. You usually do this to their parents, grand parents, and also to their aunts and uncles. When you’re about to do the Mano, don’t forget to say “Mano po.”

One of the most important qualities a Filipino woman wants for a partner.

When you’re dating a woman from the Philippines, there’s a huge chance that she grew up with religious customs like going to church every Sunday, celebrating Christian holidays, down to having religious figures and ornaments.

If ever you don’t share the same religion, it’s important to remember that respecting her and her family’s belief is super important.

Committed to the relationship

Once there’s love, there must also be commitment. One of the qualities that’s hard for them to find.

When Filipino women enter themselves into a relationship, they’re committed and loyal to their partner. So make sure to extend the same courtesy to her by showering her not only with love but also with devotion, faith, building her trust, and of course show that she’s the only woman in your eyes.

Show her that you’re in this for the long run.

But if you’re only looking for friendships or simple flings, it’s better that you communicate this to her from the start so no misconceptions would take place that would most likely end up breaking her heart.

Related Article: How To Make A Filipino Fall In Love With You

Charming and has a sense of humor

Filipino women want someone who can make them smile. Being charming and having a sense of humor is one of the many qualities a Filipino woman wants in a man. Who doesn’t want to date a man with a likable personality and wits up in their sleeves?

Sharing jokes and smiling without being creepy makes anyone comfortable to be with you. But with jokes, make sure it’s not something that would insult her as a person or her nationality. You wouldn’t want your chances to crash and burn.

At first, you might feel that dating Filipino women would take some work compared to the other women that you’ve dated in the past. But once you’ve won that woman’s heart, all those hard work and dedication would pay off. With you having an amazing woman at your side. 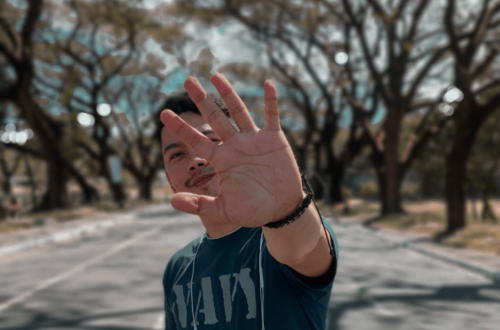